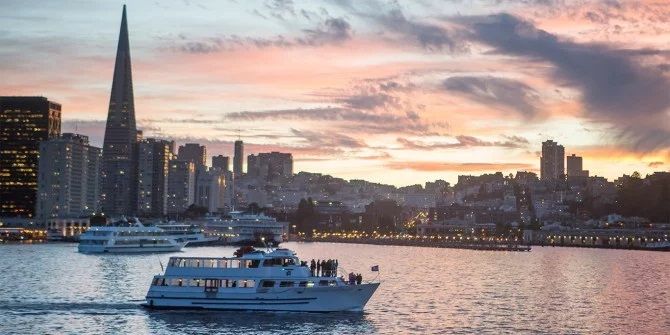 Greatest Ways to Spend the Holidays in San Francisco

The holiday season is upon us and San Francisco is lit up with a myriad of great “gifts” to bestow upon locals and visitors alike. If you have friends and family coming into town for the big event, there are always several days you need to fill to keep them out of your living room! Here are our picks of fun things to do that locals and visitors alike can get into.

Take a trip back in time to nineteenth-century London for The Great Dickens Christmas Fair & Victorian Holiday Party at the Cow Palace on weekends (Nov. 21–Dec. 20). Roasted chestnuts, carolers and Father Christmas harken back to the era’s bygone innocence (although the Victorian component can get a little saucy). In a venue stuffed full of gifts and seven stages’ worth of live entertainment, this is no abridged version of a Dickens classic.

Don’t miss American Conservatory Theater’s perennial favorite “A Christmas Carol” (Dec. 4–27). Full of original music and dramatic staging, this timeless tale is as fun the sixth time as it is the first. The Ghost of Christmas-Yet-to-Come might spook some tots, but the theater’s tasty hot chocolate and cider should make up for it.

Speaking of classics, Tchaikovsky’s “The Nutcracker” made its American premiere at the San Francisco Ballet on Christmas Eve, 1944 and it’s been an annual hit ever since. Packing 29 performances into 15 days (Dec. 16–31), the dancers introduce thousands of young minds to the athleticism and grace of ballet. Just don’t let the Mouse King’s army follow you to the Land of Sweets.

Having commuted from the Yukon tundra, the reindeer at the California Academy of Science’s “Tis the Season for Science” aren’t just for petting. They’re there to teach kids and adults about insulating fur and UV vision, too. Penguins, a Snowman Theater and live musical performances make this brilliant program a must-see during its six-week run from November through January.

The waterfront is always a popular destination, but every December, PIER 39 and Aquatic Park overflow with revelers applauding the Lighted Boat Parade (Dec. 11). Some 60 ships, decorated nearly to the point of threatening their own buoyancy, sail from Fisherman’s Wharf to Crissy Field and back. (Note: if you miss the parade itself, the fleet stays lit through the season.)

For another less-than-traditional take on Yuletide cheer, the San Francisco Gay Men’s Chorus hosts two different events (Dec. 11 and 12). This year’s “HoliGays Are Here” includes brand-new pieces by Broadway and Cabaret composers Ernie Lijoi and Lawrence Rush, a medley of Meghan Trainor’s “I’ll Be Home” and holiday standard “I’ll Be Home For Christmas,” an incredible world premiere by award-winning composer Laura Karpman set to a text written by best-selling author Rebecca Walker honoring the role that mothers play in our lives, and raucous, joyful new takes on classic favorites.

Undoubtedly, the world’s largest Christmas hat is found at Beach Blanket Babylon’s ““Seasonal Extravaganza.”.” The long-running North Beach revue that combines topical humor, madcap sketches and enormous headpieces plays up commercial excesses with a wink and a nod. Catch a performance throughout the month of December, when innuendo stretches PG-13 to its limits.

Some say the holiday shopping season starts as early as the day after Halloween, and as the acquisitions begin so too do the decorations, attractions and ice skating (as previously referenced). Ready, get set, start shopping:

Ringed by hotels and theaters, Union Square is as much a shopping Mecca as a public plaza. Prominent department stores such as Macy’s, Barney’s and Neiman Marcus command attention, but savvy newcomers such as the John Varvatos, Fresh, Inc. and Uniqlo have given the retail-rich neighborhood a fresh gloss. Premier luxury boutiques (Prada, Burberry and Dior) and massive shopping experiences like the Levi’s flagship store, Britex and Gump’s keep Union Square on top of most San Francisco shoppers’ nice list.

Over the past 20 years, Hayes Valley has transformed from concrete jungle to major shopping destination. On three blocks of Hayes Street (plus adjacent side streets), you can browse well-curated shops that reward bold tastes. Discover reimagined Mexican folk art at Polanco, jewelry at Rand + Statler or leather goods at Reliquary. A slew of menswear options are also available, including Welcome Stranger, Azalea and Aether. Don’t miss Proxy, an avant-garde space built from stacked shipping containers and filled with emerging trends and talent.

In the Mission District, thriving Valencia Street’s retail origins are visible in its thrift shops and specialized bookstores. More recent arrivals to the corridor include uber-hip boutiques (Voyager Shop), terrariums and taxidermy (Paxton Gate) and Japanese denim (Self Edge). Plucky holdout Aquarius Records, the gift-filled Italian deli Lucca Ravioli, an audiophile’s paradise, Dijital Fix and lifestyle emporium, Harrington Galleries, are all among the best in their respective categories, citywide.

The stretch of Fillmore Street running from Sutter north to Clay Street is home to a greater concentration of spas than just about anywhere else in the city. Major health and beauty chains (Jurlique, L’Occitane, Nars and Kiehl’s) abound, and for apparel, Betsey Johnson and Marc by Marc Jacobs preside over dozens of boutiques. Fillmore is also home to a wealth of high-quality dining, so if you’re weary from a day of shopping adventures, a delicious respite is never far from reach.

While it might be confusing to some visitors, Union Street is nowhere near Union Square. This strip of the Marina District is home to lavish health-and-beauty emporiums such as the Lash Lab and Neja Cosmetics. Additional offerings include specialists in juice cleanses, pilates and yoga pants. Other gems include jewelers such as David Clay and Jest Jewels; Moulin Pooch, possibly San Francisco’s fanciest pet shop; and Ambiance, voted “Best Boutique” by SF Weekly for seven years running.